2017 release of LUCI LIVE SE, Live streaming essentials only, for all platforms (app) 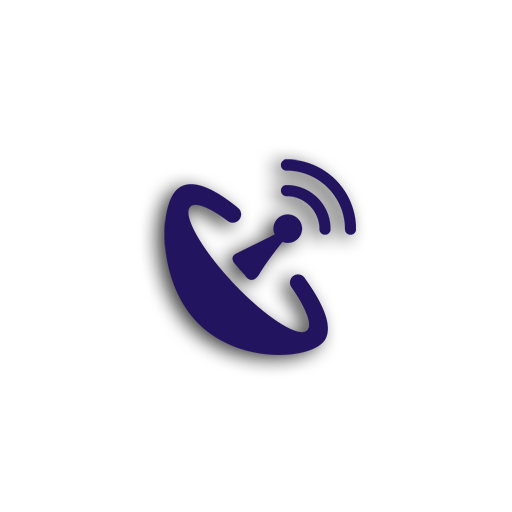 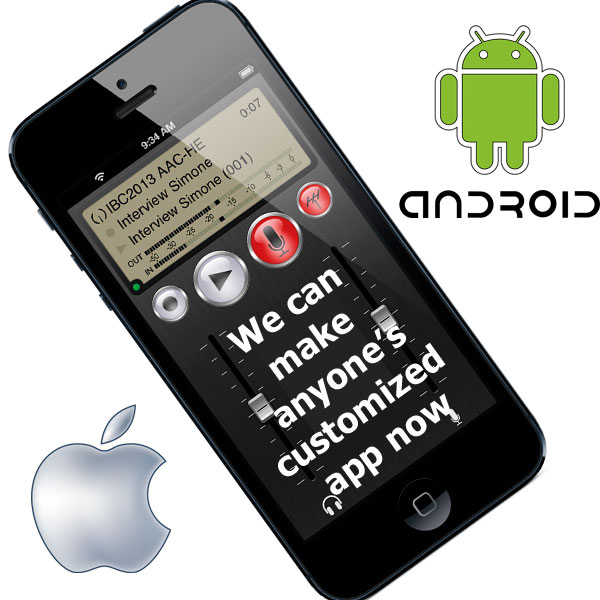 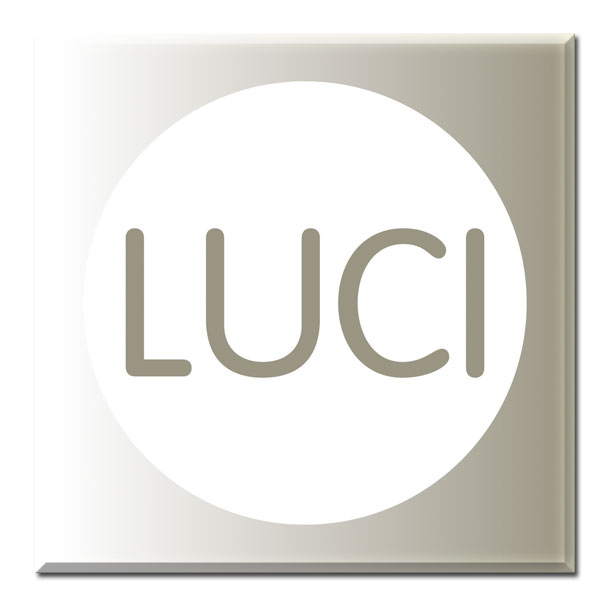 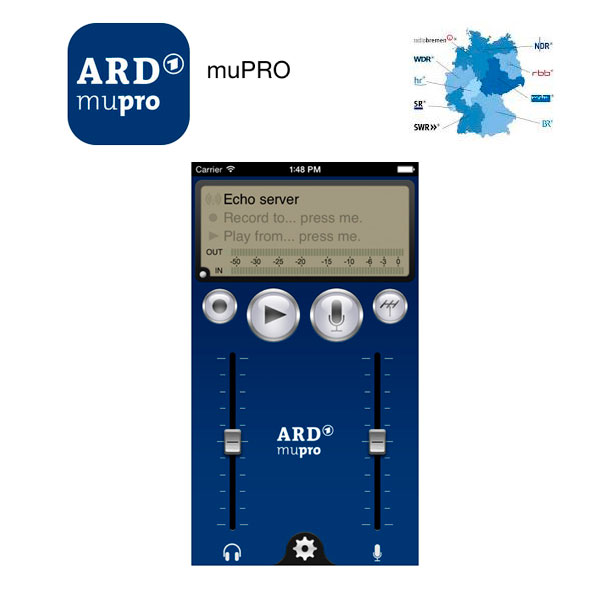 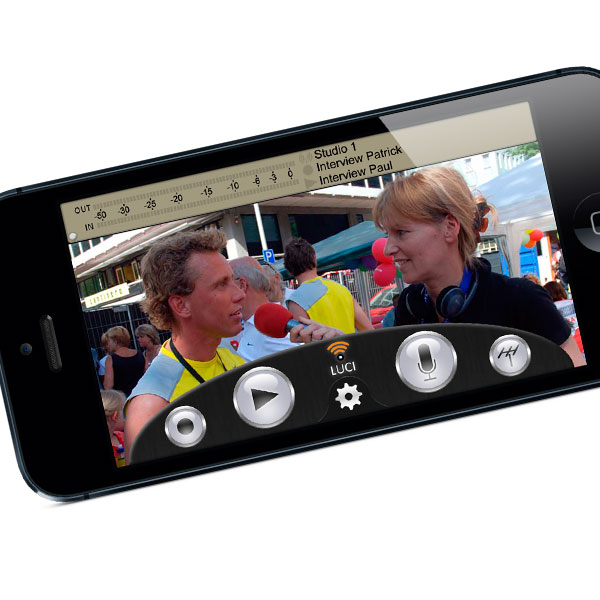 With LUCI LIVE for iOS you can now add a live stream video to your live audio AND record these streams together as well. With high quality audio return channel. Available as In App purchase for only € 49,- ! 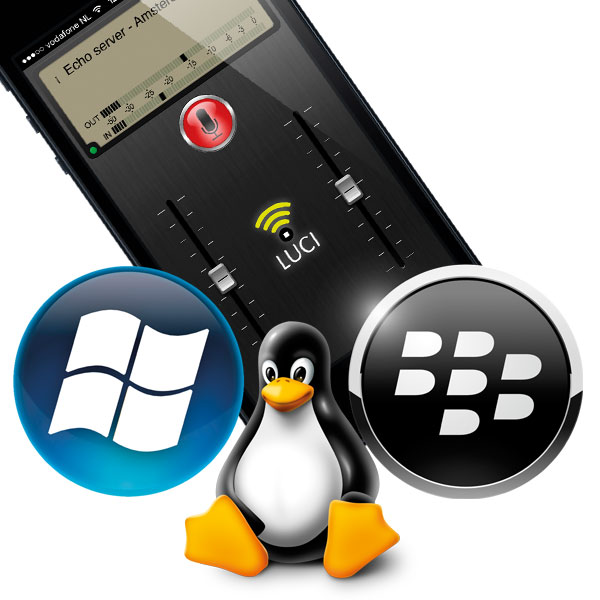 Next to iOS, MAC, OSx and Android the extremely user friendly and low budget LUCI LIVE Lite is now also available for most other common platforms like Linux, Windows and Blackberry.

LUCI LIVE 4All is a great user-friendly solution for live program formats that many contributors can use from anywhere. < 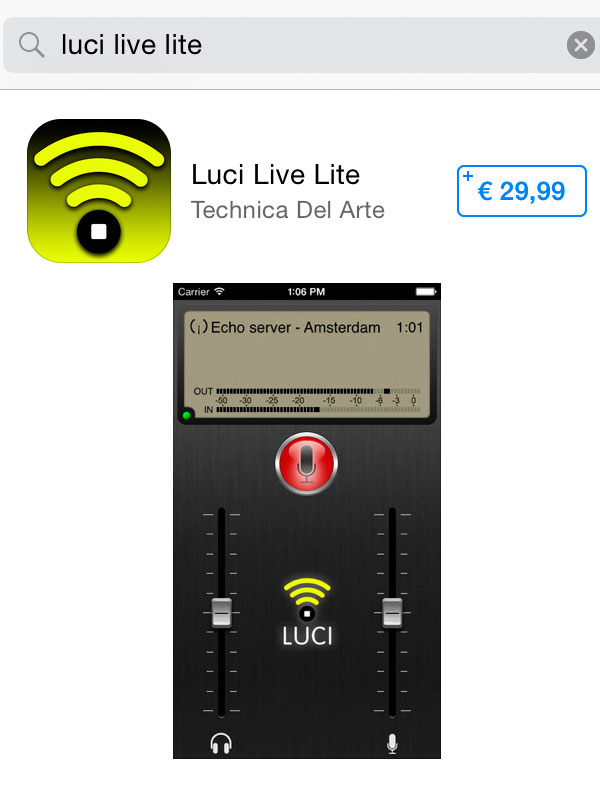 LUCI LIVE Lite, the liter version and little sister of LUCI LIVE is a great choice for broadcasters on a tight budget and can now be purchased from the iOS iTunes app store. 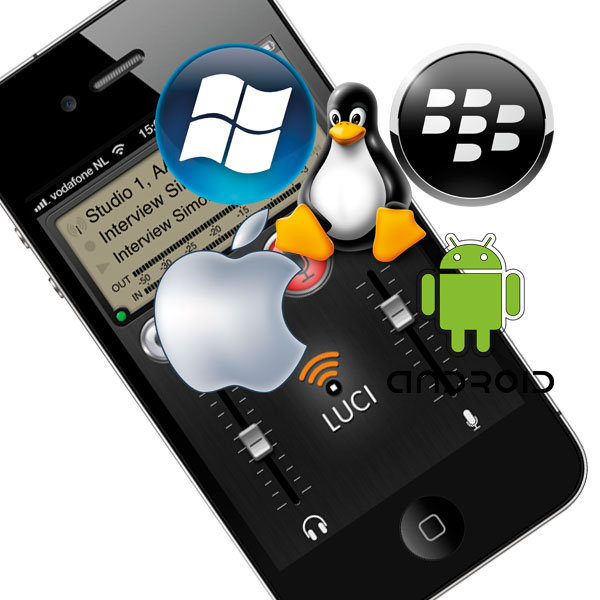 ULCC is our flagship in codec development: this audio codec offers professional performance for high quality compression and lower power usage. Extremely well suited for multichannel audio compression / decompression. In 2012 the ULCC was added to LUCI LIVE Lite as an excellent audio codec choice next to the existing and widely used G.722 codec. 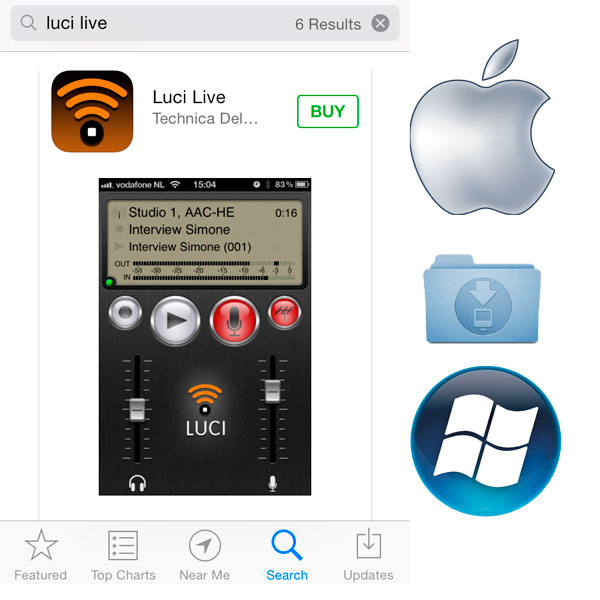 LUCI LIVE was the first professional live app for broadcasters and reporters to be submitted and approved in the iTunes app store. Since 2010 the app is continuously reviewed and updated. The latest version is now 2.5 (July 2015) 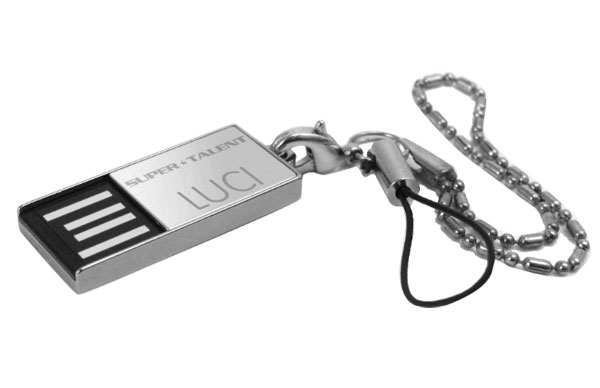 To be able to exchange and use the LUCI Live and LUCI Studio software on different computers and notebooks we are now able to pre install and issue these licenses on a USB upon request. An enormous advantage if you need to be flexible in your devices.

In the past LUCI STUDIO used ISDN services but as this became increasingly difficult and expensive we chose a better solution to provide high quality audio feeds and low latency. LUCI now streams audio over IP according the latest EBU standards.

To meet the increasing demand of video streaming LUCI AV the extremely user friendly LUCI software, was released in order to record studio-quality audio and video from a mobile device. 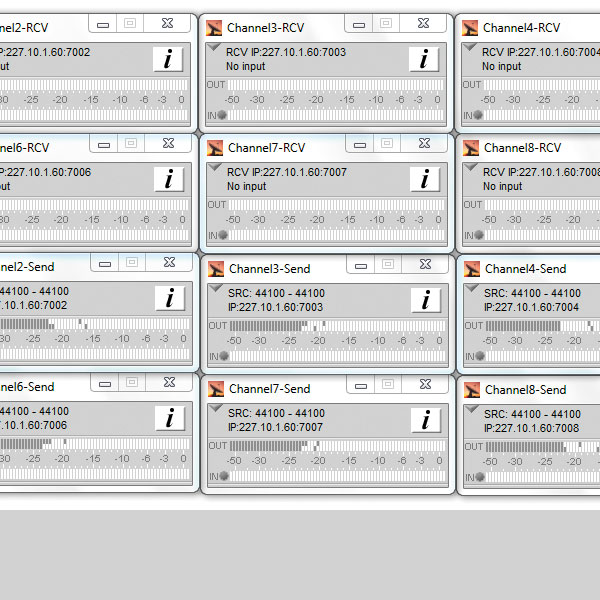 For the receiving side of Live Streams we developed LUCI STUDIO for Windows notebooks and desktops that are connected to the internet and provided with a multichannel sound card. Configurations of 40 simultaneous stereo streams per computer are possible. 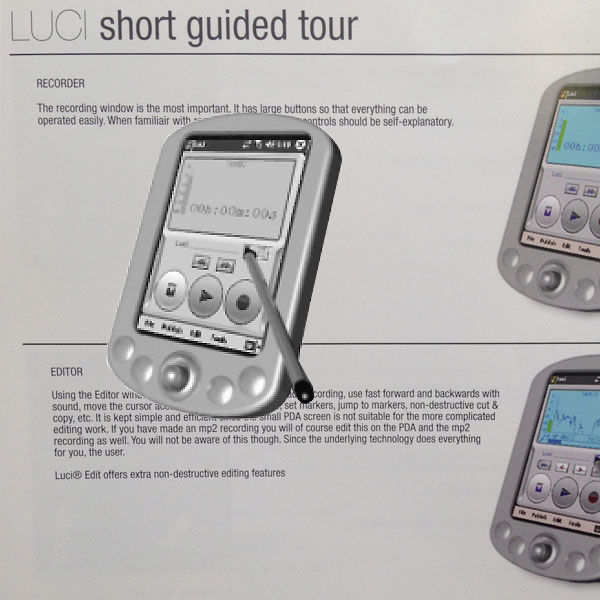 After the launch of LUCI Basic the need arose to be able to extensively edit and upload reports to the station and or a website. LUCI Edit was developed as one of the first podcasting and multimedia apps for a pocket PC and / or Smartphone, the first mobile devices. LUCI Edit allows reporters to take audio clips from interviews, record links and create a radio package which can then be sent back to the studio in just a few minutes. Even text, photographs and video can be added. The edit features really enhanced the quality of a reporters item.
You can still try this software on any Windows PC including Windows 11. Download version 1.3R20 of January 2009, Here 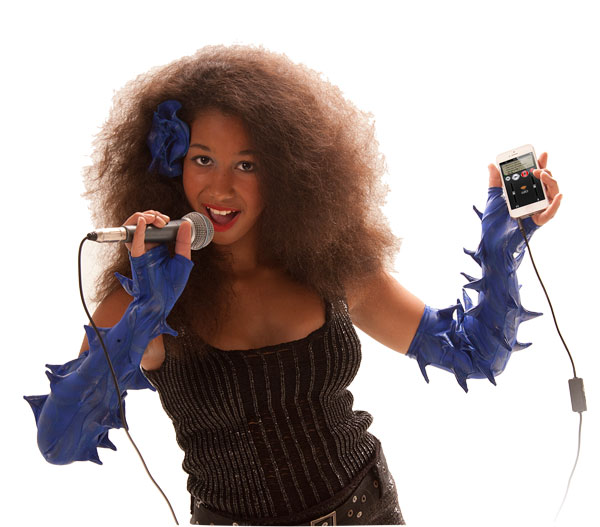 The MIKI microphone cable is only one cable that lets you connect your microphone, headphone and mobile device as one single unit. The world’s major broadcasters give their reporters MIKI and LUCI, so they can produce the very best sound quality for interviews or at events. Even musicians love it. Nowadays the MIKI cable is available through the Amazon webshops worldwide. 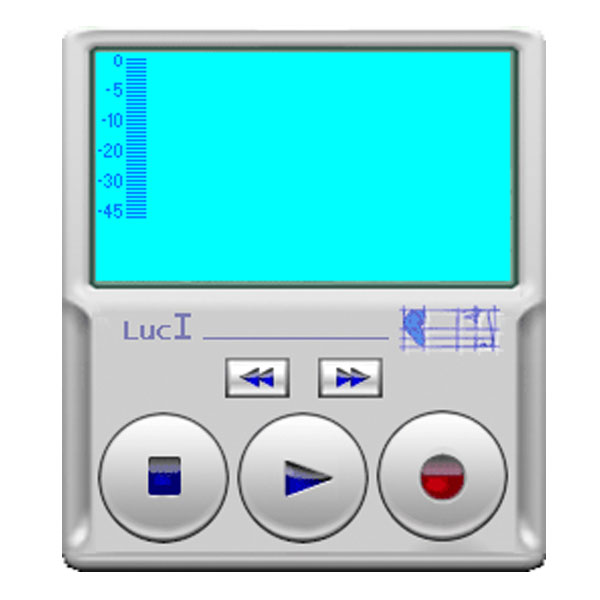 LUCI Basic marked the beginning of the LUCI era and all the LUCI releases up to now. With this first specialist broadcast-quality software package for the PDA, journalists all over the world were now able to record and transmit wherever they are and whenever they want. Transforming a PDA or Smartphone into a high-quality portable MPEG recorder was the trigger to develop LUCI Basic. The use of a PDA with built-in wireless communication provides an ‘all-in-one’ solution, resulting in more creative broadcasting and a more efficient way of working. We proved that the launch of our new broadcast technology brought down the broadcasting costs and increased the amount of material which makes it to air.
You can still try this software on any Windows PC including Windows 11. Download version 1.3R20 of January 2009, Here 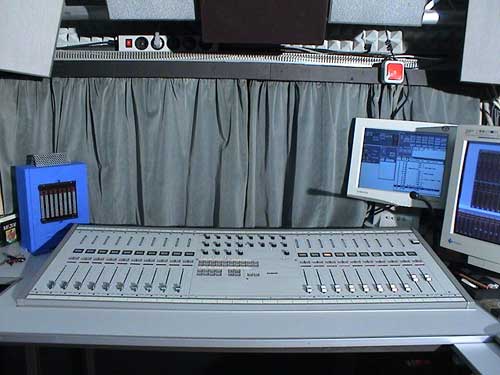 The Theater LUPA is a complete version of the LUPA that has been customized to meet the demands of theaters and combines dynamic and static automation, so that accurate programming for scene changes can be incorporated including cuing playback equipment or sound effects. The theatre in Dortmund has two of these mixers. The continuous backup option has been dropped from the second unit due to the reliability that clients have experienced with our LUPA software.

In 2003 Technica Del Arte converted the legendary Telcom principle into digital form in consultation with its developers. The Telcom principle made it possible to record music on a tape with a much better signal to noise ratio by using multi-band compression and expansion. By putting this in digital form existing recordings could be converted perfectly. The decoder is available as a stand-alone unit or under licence on the algorithm. 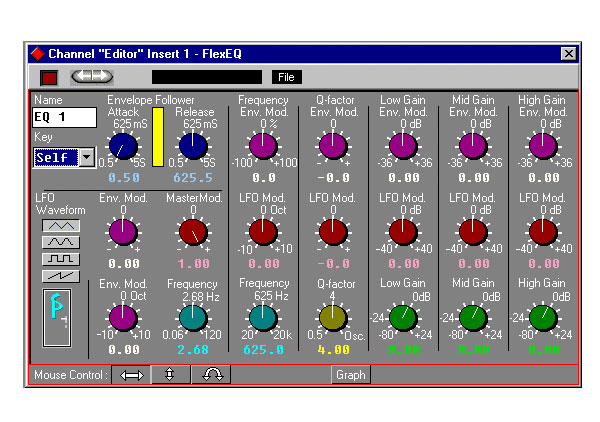 The Flex EQ is a VST plugin based on the old state variable filter with its possibilities for dynamic control. With this filter EVERYTHING can be fed dynamically or via the MIDI. Everything ‘unzipped’ of course. The Flex EQ is one of the most flexible filters you can imagine: It contains an Envelope Follower, an LFO and 3 filter sections: Low pass, Band pass and High pass. The frequency, q-factor and gain of the filters can be influenced by the Envelope Follower and by the LFO! Furthermore, as we have a habit of not making many compromises, you can expect dezippering on ALL important controls and parameters. 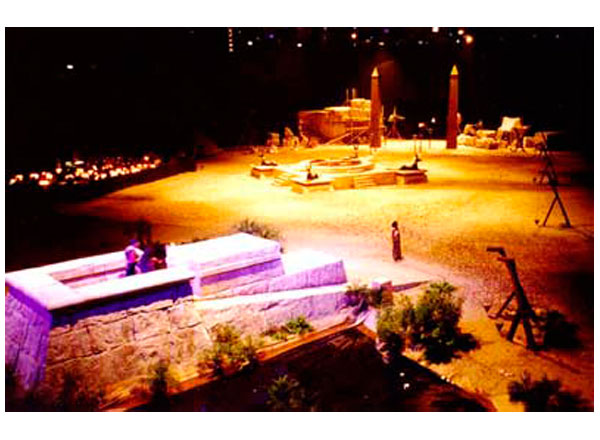 The Delaymatrix is a spatial audio mixer that Technica Del Arte developed in 1998 for the opera Aida during a very successful collaboration with BV Oorzaak. It is a variation on Lupa that makes it possible in large arenas with the public all around, to process the sound in such a way that it seems that the amplified sound from each individual instrument or singer actually comes from the place where they are, regardless of where the listener is located. It was the first time that so many critics had paid compliments to the sound.
You can still try the software on any Windows PC including Windows 11. Download the version of 1998, Here 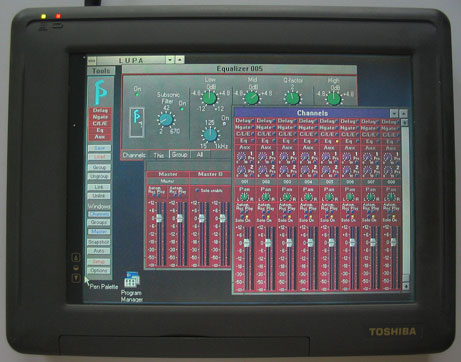 The forerunner of the present Pocket PC and Tablet PC was launched on the market in 1994 and was a tablet that was operated by a ‘Pen’ based on Windows 3.11 for Pen PC. In 1994 Technica Del Arte developed a program for the LUPA mixer, which made it possible to operate this using just this tablet and a pen. The interaction between tablet and mixer was perfect.
You can still try the software on any Windows PC including Windows 11. Download the version of May 2000, Here 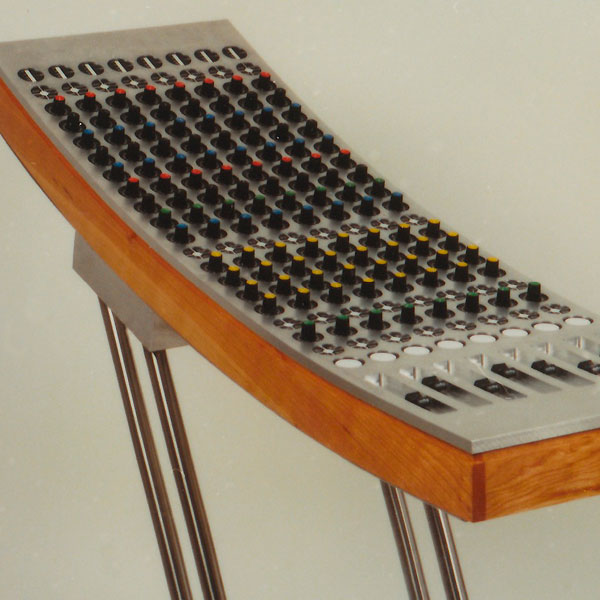 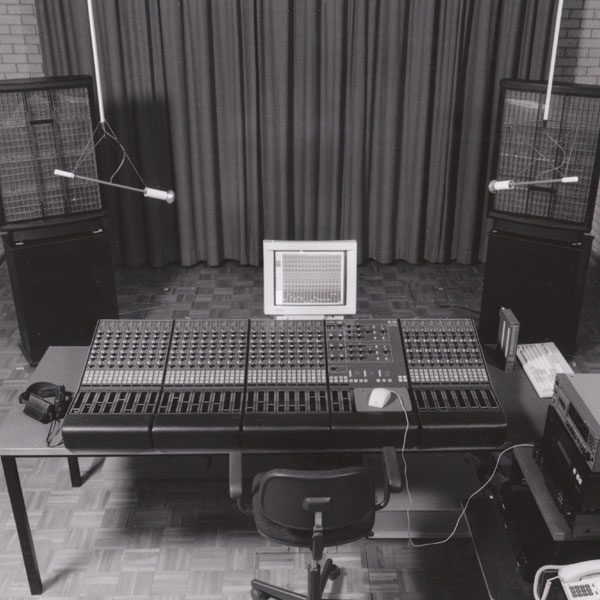 Technica Del Arte presented LUPA in Rotterdam and later at the AES conventions in Paris and Copenhagen. LUPA is a digital audio mixer in which the operation and sound processing are kept separate giving optimum flexibility. At that time LUPA was regarded as one of the best sounding and most user-friendly digital audio mixers available. This was also because the design incorporated the world’s first motorised rotary knob, the Motopot that had been invented in house. The LUPA mixer that we supplied to Philips Classics in 1995 had 250 rotary knobs! And to this day they are all still turning. In 1996 Technica Del Arte was presented with a Certificate of Appreciation from the Netherlands Section of the AES.

1988 – Present: Contracts and commissions for international clients in the audio industry

1988 – Present: Contracts and commissions for international clients in the audio industry

We have been working for more than 30 years under contract for large clients. This information cannot be shared here as we are bound by the obligation to observe secrecy to most of them.

1986 Development of our own ULCC audio codec